THE CATHOLIC LEAGUE FOR RELIGIOUS AND CIVIL RIGHTS

As we begin the New Year, we’d like to share with you this moving account of one inmate’s conversion story. Posted with permission of the author.
— Bill Donohue, President Catholic League 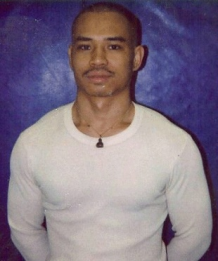 My name is Pornchai Moontri, and I am prisoner #38284 in the New Hampshire State Prison. I come to the Catholic faith after a painful journey in darkness that my friend, Father Gordon MacRae, has asked me to write candidly. This is not something I do easily, but I trust my friend.

I was born in Bua Nong Lamphu, a small village in the north of Thailand near Khon Kaen on September 10, 1973. At the age of two, I was abandoned by my mother to be sold. A distant teenaged relative rescued me. He walked many miles to carry me away to his family farm where I worked throughout my childhood raising water buffalo, rice, and sugar cane. I never attended school, however, and never learned to read and write in Thai. Though my childhood involved hard work, I was safe and happy.

When I was 11 years old, my mother re-emerged in Thailand with a new husband – an American air traffic controller from Bangor, Maine. I was taken from Thailand by them against my will, and brought to the United States. This transition was a trauma to be endured. A month after my arrival in Bangor, my new stepfather’s motive for importing a ready-made Thai family became clear. I was forcibly raped by him at age 11, an event that was to be repeated with regularity over the next three years. I was a prisoner in his house, and resistance was only met with violence against me and against my mother. I was all of 100 pounds. I cannot describe this further. Welcome to America!

Being one of only three Asians in 1985 Bangor, and speaking little English, I did not readily comprehend my new names. “Gook,” “V.C.” and “Charlie” meant nothing to me, but I could sense the scorn with which such names were delivered. Because my English was poor, I was treated as though I was stupid. Part of my humiliation was that I had to get a paper route at age 12, and my earnings were taken from me to pay for the “privilege” of living in my captor’s house. Stephen King’s home was on my paper route. Mr. King once gave me a Christmas bonus of 25¢ for delivering his newspaper all year. The horror stories he wrote about Maine are all true. Remember the one with the evil clown? It’s true.

When I was 14, my English was better. I was a little bigger, and a lot stronger – and nothing but angry. Anger was all I had. So with it I fled that house and became a homeless teenager in and around Bangor. One day the Bangor police actually picked me up and forced me to go “home.” I would rather have gone to one of the ones Stephen King wrote about. I just fled again and again, and ended up at the Good Will Hinckley School for people like me. I was there for a year and got kicked out for fighting. I was always fighting. I fought everyone.

Back on the streets of Bangor, I began to carry a knife. At 17 and 18, a lot of people were after me. I lived under a bridge for a while and sometimes my mother would bring me things. I tried to climb out of the deep hole I was in by signing up for night classes at age 18 to finish my high school diploma. I was kicked out of Bangor High School for punching the principal.

One night, at age 18, something that lived in me got out. I got very drunk with friends, and we walked into a Bangor Shop & Save supermarket to buy cigarettes. I barely remember this. In my drunken state, I opened a bottle of beer from a case and started to drink it. The manager confronted me and ordered me to leave. I tried to flee the store, but the manager and other employees tried to keep me there. I tried to fight them off to flee. When I got outside, a manager from another Shop & Save had witnessed the incident and pounced on me. I was 130 pounds and was pinned to the ground by this 190-pound man. I think something snapped in my mind. IT was happening again. I fought, but his dead weight was suffocating me. The newspapers would later tell a different story, but this was the truth, and it is all I remember.

My stepfather could have hired expert counsel, but it was clearly not in his best interest that my life be evaluated so I was left in the care of a public defender who wanted this high profile murder off his desk. There was talk about the Breathalyzer, and “level of culpability,” and things like “defensive vs. offensive wounds,” but in the end there were no theories, no experts and no defense. I was terrified of being abandoned. My mother came to me in jail and pleaded with me to protect her and “the family” by not revealing what happened in my life. So I remained silent. I offered no defense at all. My co-defendant told the truth of my being pinned down, but he was not believed. I was convicted of “Class A murder with deliberate indifference” and sentenced, at age 18, to 45 years in a Maine Prison. Maine has no parole.

I was also sentenced with the soul of the innocent man whose life I took – despite my being unable to remember taking it. The mix of remorse and anger was toxic in prison, and I gave up. Prison became just an extension of where I had already been. My anger raged on and on, and I spent 13 of my 15 years in prison in Maine’s “supermax” facility for those who can’t be trusted in the light of day.

Five years into my imprisonment, I learned one night in my supermax cell that my mother and stepfather had relocated to Guam where my mother was murdered. She was pushed from a cliff. The only suspect was her husband but there was no evidence. I was now alone in my rage.

After 14 years of this, the Maine prison decided to send me to an out of state prison. I had no idea where I was to be sent. I arrived in the New Hampshire State Prison on October 18, 2005 dragging behind me the Titanic in which I stored all my anger and hurt and loss and loss and loss – and guilt.

I started my time in a new prison by getting into a fight and ended up in the same old place – the hole. When some moths went by, I was given another chance. I was sent to H-Building where I met my friend JJ, an Indonesian who was waiting to be deported. JJ introduced me one day to Gordon, who he said was helping him and some others with appealing their INS removal orders or with preparing themselves to be deported. He seemed to be the only person who even cared. JJ trusted Gordon, so I had several conversations with him. A few months later, I was moved to the same unit in which he lives in this prison. We became friends.

By patience and especially by example, Gordon helped me change the course of my life. He is my best friend, and the person I trust most in this world. It is the strangest irony that he has been in prison for 13 years accused fictionally of the same behaviors visited upon me in the real world by the man who took me from Thailand. I read the articles about Gordon in The Wall Street Journal last year. I know him better, I think, than just about anyone. I know only too well the person who does what Gordon is wrongly accused of. Gordon is not that person. Far from it. It is hard for me to accept that laws and public sentiment allow men to demand and receive huge financial settlements from the Catholic Church years or decades after claimed abuse while all that happened to me has gone without even casual notice by anyone – except, ironically, Gordon MacRae.

On September 10, I will be 34 years old. I have been in prison now for nearly half of my life, but in the last year I have begun to know what freedom is. My anger is still with me and it always lurks just below the surface, but my friend is also with me. We both recently signed up for an intense 15-week course in personal violence. He is doing this for me. I spend my days in school instead of in lock-up now, and I will soon complete my High School diploma. Gordon helped me obtain a scholarship for a series of non-credit courses in Catholic studies at Catholic Distance University. In the last year, with help and understanding, I have completed programs offered in the New Hampshire prison. One day I felt strangely light so I looked behind me, and the Titanic was not there. I parked it somewhere along the way. I have put my childhood aside. Now I am a man.

In March of this year, after 15 years in prison, I was ordered by an I.N.S. court to be removed from the United States and deported to Thailand at the end of my sentence in 17 to 20 years or so. Gordon hopes that I can seek a sentence reduction so that I can return to Thailand at an age at which I may still build a life. There are many obstacles. The largest is that I do not speak Thai any longer and I never had an opportunity to learn and to read and write in Thai. We are working hard to prepare me for this. Though years away, it is a very frightening thing to go to a country only vaguely familiar. I have not heard Thai spoken since age 11, 23 years ago. There is no one I know there and no place for me to go. I have no home anywhere.

Along this steep path, I have made a decision to become Catholic. The priest in my fiend has not been extinguished by 13 years in prison. It is still the part of him that shines the brightest. Gordon never asked me to become Catholic. He never even brought it up. It is the path he is on and I was pulled to it by the force of grace, and the hope that one day I could do good for others. Gordon showed me a book, Jesus of Nazareth, in which Pope Benedict wrote: “The true ‘exodus’…consists in this: Among all the paths of history, the path to God is the true direction that we must seek and find.”

I am taking a correspondence course in Catholic studies through the Knights of Columbus and I look forward to the studies through Catholic Distance University. I go to Mass with Gordon when it is offered in the prison, and our faith is always a part of every day. When I return to the place I haven’t seen since age 11, I want to go there as a committed Catholic open to God’s call to live a life in service to others. It is what someone very special to me has done for me, and I must do the same.

My friend asked me to sit down today and type the story of my life and where I am now. He asked me to let him send this to a few friends who he says may play some role– directly or indirectly – in my life some day. The account is my own. What Gordon added was hope, and somehow faith has also taken root. In prison, hope and faith are everything. Everything!